Imagine a world in which a string of code could recognise the fulfilment of conditions, automatically transfer assets at the agreed times and register those transfers. That is the world of the smart contract.

'The smart contract is the application layer that makes much of the promise of block chain technology a reality.'

A smart contract is a piece of computer code that is capable of monitoring, executing and enforcing an agreement.

On the one hand, code that states 'if X occurs, do Y' is not a new concept. It is how conventional code has long interacted with existing systems. Monthly direct debits out of a bank account are an example.

However, a smart contract takes such coding, and combines it with the potential of the blockchain to interact with multiple financial systems, asset registers and more.

What could a smart contract do?

By placing a smart contract on a public, permissionless blockchain, control over the execution of the agreement would no longer be in the hands of a single party, such as a bank, and interaction would no longer be limited to closed systems, such as centralised bank ledgers.

A smart contract, distributed and replicated across a blockchain, could revolutionise the way business is done. Potential uses are numerous: property ownership could be transferred automatically upon receipt of cleared funds; credits under service level agreements could be automatically paid at the point of violation; and securities could be traded without the need for central securities depositories.

Are smart contracts the future?

We’re not there yet. A blockchain with sufficient interconnections between financial systems and asset registers does not yet exist and might never exist. Even if it did, smart contracts still have their limitations.

On its face, code is certain. It is a pre-ordained manipulation of inputs to produce an expected output. Contrast this with conventional language – a minefield of ambiguity, sub-text and misunderstanding.

The certainty of a smart contract is therefore seen as a key advantage. If the code works, there should be no misunderstanding as to intention and it can be replicated repeatedly, and cost-effectively, for analogous transactions.

But the contrast between the certainty of code and the ambiguity of language may sometimes be a fallacy. Code can never be wrong per se, but it can have unintended consequences. Take the flash crash of the NYSE in 2013 for example, which was caused by algorithmic trading.

Many lawyers would also suggest that, sometimes, deliberate ambiguity, and the ability to qualify a requirement, can be vital weapons in the draftsperson’s armoury.

An interconnected blockchain, and a public language of code for writing smart contracts that execute across that blockchain, would create competition in a range of areas.

New-entrants could interact with public registers in a way previously limited to official registrars, and private transactions between individuals would be less reliant on intermediary service providers.

It would also expand the ability of disruptive fintech firms to interact with systemic financial infrastructure.

But is it realistic to expect conventional financial institutions to usher in such a new age of disruptive competition?

While smart contracts cannot judge if a condition has been reasonably met, or if a document has been satisfactorily provided, there maintains considerable potential in creating standardised protocols for repeat transactions, where negotiated agreements are not the norm.

In the financial world, such protocols may be manifested through the execution of derivative trades across a distributed ledger.

In the physical world, you might envisage a transaction for the sale of a car between two private sellers. Having agreed a price, they could use a standardised (and public, possibly available for a small fee) smart contract to input the price and the vehicle registration details. The smart contact would then execute the agreement: verifying that the seller is the true owner of the vehicle; transferring the cash; and re-registering the vehicle in the name of the purchaser.

Ultimately, smart contracts are logical processes dependant on the blockchain with which they interact.

With the uptake of blockchain technology in its infancy, smart contracts are not currently capable of interacting with the range of systems required to establish them as the default option for the execution of agreements over existing closed systems.

When, or if, public registers and financial systems become interconnected by way of blockchain technology, this should change. And the potential age where smart contracts automate the execution of contracts, in particular those with no need for subjective human intervention, will arrive.

Innovation in insurance is moving quicker than ever before and insurtech will play a major part in the future of the insurance market. Watch as we explain what insurtech is and how it could affect your business. 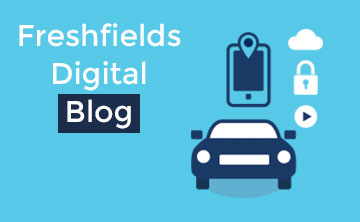