The UK has two main initiatives on cryptoasset regulation: the Kalifa Review recommendations and government consultations.

On 26 February 2021, the UK Treasury published an independent review, carried out by Ron Kalifa OBE, of priority areas for the UK fintech sector. The Khalifa Review concluded with 17 recommendations across five areas: policy and regulation; skills; investment; international; and national connectivity.

Recommendations specific to crypto and digital assets are found within the policy and regulation section, as part of the sub-recommendation to ‘promote the digitisation of financial services’. Among other things, the review recommends modernising English law to allow market infrastructure providers to process digital instruments and the introduction of a new UK regime for the regulation of cryptoassets.

The review also describes the adoption of a CBDC as a ‘significant development which could help support the adoption of new technologies (eg blockchain) in financial services’. This is a topic that the Bank of England and HM Treasury had already been working towards, which was bolstered with the recent announcement of the creation of a taskforce to explore a UK CBDC.

Consultations on the UK regulatory approach to cryptoassets and stablecoins

The Treasury published a consultation on the UK regulatory approach to cryptoassets and stablecoins in January 2021.

The consultation identified stablecoins as the first type of cryptoasset that could be brought within the scope of the UK’s regulatory perimeter, as the government regards these tokens as the most likely to be used widely as a means of payment, which raises consumer protection and financial stability concerns.

Bitcoin and other forms of exchange token have been kept outside of the scope of the main proposals for the time being, but the Treasury is seeking further evidence on a variety of matters, including in relation to cryptoassets used for investment purposes.

It was made clear during the consultation that this is only the first stage in the Treasury’s consultative process. In any event, the consultation paper on the regulatory approach was relatively high level (especially compared to the EU’s proposals for regulating markets in cryptoassets).

The proposed approach set out in the consultation paper is broadly that the Treasury and Parliament would set out a framework of objectives and considerations, with detailed requirements being designed and implemented by the relevant financial services regulators via rules or codes of practice.

The UK’s financial services regulators are expected to consult on detailed firm requirements, so there is more to come on this in the near future.

How blockchain and distributed ledger technology are transforming the financial system

The flexibility to raise whatever funds you need

Making your rights work for you

Defending against threats, managing the risks

The technical and commercial expertise you need 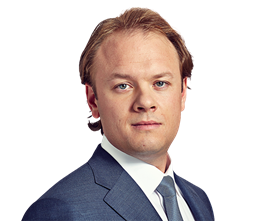 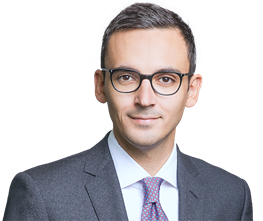