We have advised on complex transactions, projects and disputes in all of Africa’s 54 countries. Combining detailed knowledge of the continent’s laws and regulations with a deep understanding of its myriad cultures, we are an obvious choice for complex African matters.

Our clients, which include governments, state-owned enterprises, investment firms, multinational corporations and financial institutions, know there is no ‘one-size-fits-all’ approach to working across the continent. And so they rely on us to find bespoke and innovative solutions to their most critical needs in Africa.

Our Africa-focused lawyers, based across our offices, have experience of a wide variety of industries, such as mining, oil and gas, infrastructure, telecoms, technology, consumer products and healthcare. We also have strong ties with Africa’s top law firms and many of the institutions and stakeholders that are critical to delivering outstanding legal and practical advice for any matter.

Advising on the creation of a $750m pan-African biopharmaceutical platform, formed through the acquisition and combination of Adwia Pharmaceuticals, an Egyptian generic drugs manufacturer, and Celon Laboratories, an Indian oncology and critical care specialist.

Freshfields advised on the establishment of the platform by the three founding investors: Development Partners International (through its ADP III fund), CDC Group, the UK’s publicly owned impact investor, and the European Bank for Reconstruction and Development, who joined forces on the ground-breaking deal. The three investors have committed an initial $250m of capital that has been used to fund the acquisitions of Adwia and Celon.

The newly created platform will improve the delivery of essential and affordable specialty generic pharmaceuticals across the African continent. This will be supported by up to an additional $500m fund raise, to fund a strong pipeline of acquisitions, assist in new drug development, and establishment of new distribution channels.

Arab Banking Corporation on the acquisition of a 99.42% stake in BLOM Bank Egypt, an Egypt-based company engaged in providing banking financial services, from Blom Bank, for USD 428m.

Advising a consortium comprising VINCI Highways, VINCI Concessions, and Meridiam SAS on a public private partnership (PPP) contract with the Republic of Kenya for the development and construction of the Nairobi - Nakuru - Mau Summit highway. This EUR 1.3 billion project is one of the largest PPP projects in East Africa.

Advising Occidental Petroleum on its US$57bn acquisition of Anadarko, including on the contingent US$8.8bn sale of Anadarko's African assets to Total.

Advising the underwriters of Helios Towers, one of Africa’s biggest telecoms tower leasing companies, on its 2019 IPO and listing in London.

Advising AB InBev on its acquisition of SABMiller, giving AB InBev a significant footprint in Africa.

Advising Ajinomoto, Japan’s largest food company, on its acquisition of a one-third stake in Promasidor, a +$1.5bn food group active in 36 countries across Africa.

Advising Airtel Africa, the second largest mobile operator in Africa, on its IPO, its premium listing in London and its secondary listing in Nigeria.

This is one of 2019's largest London IPOs and Airtel Africa is the first company to have a premium listing in London and a listing on the Nigerian stock exchange.

Advising Vivo Energy, which operates in more than 20 African markets, on its IPO.

We advised Vivo Energy on:

Advising MTN Group on the exchange of its 51 per cent stake in INT Towers, a Nigerian telecom tower operator, for an additional stake in HIS, the largest independent tower operator in EMEA by tower count.

Acting for Tullow Group in an ICSID arbitration against the Government of Uganda arising from the taxation of its operations, having settled a related case arising from its production sharing agreements.

Representing East Mediterranean Gas and its foreign shareholders in four parallel arbitration proceedings with Egypt and its state entities.

The disputes arose from a Egyptian-government-backed project to construct a pipeline under the Mediterranean sea to export gas to Israel. The project was an extension of the two countries' commitment to energy interdependence in their 1979 peace treaty. Egypt put an end to that project by repudiating its gas supply commitments following the 2011 'Arab Spring' uprisings.

Damages awards in the two treaty arbitrations are pending.

"They are client-oriented; they go beyond legal advice and have great commercial understanding of transactions."

In early July 2022, the Africa Arbitration Academy (the Academy) launched its model bilateral investment treaty for African States (the Model BIT). The Academy was set up to help arbitration…

Algerian trade cut off with Spain: Spanish companies with interests in Algeria should take measures to manage their risks

Meeting in Kigali on 21 March 2018, leaders from 44 out of the 50 attending member states of the African Union (AU) signed the Agreement establishing the African Continental Free Trade Area (AfCFTA).…

Investing in Africa: A guide to mitigating risk

Foreign direct investment (FDI) is crucial to economic growth and development across Africa. In recognition of this, African states are increasingly seeking to adapt their political, legal and…

Looking ahead: what are the key trends for international arbitration in 2017?

2016 was a time of much, sometimes dramatic, political change, including the unexpected result in the UK’s Brexit referendum and the election of US President Donald Trump. Those changes will of… 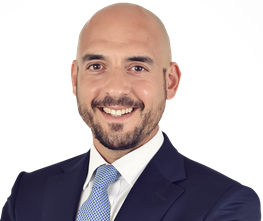