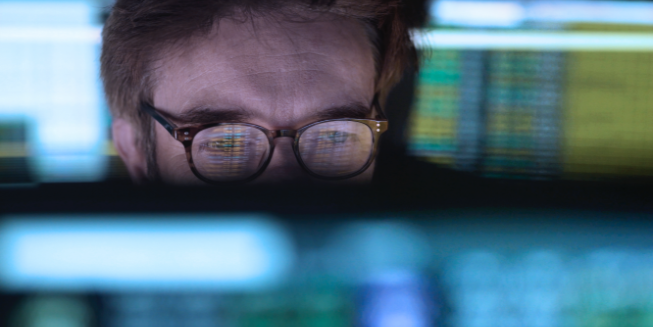 From both an economic as well as a social and societal (or human) context, we are at an inflection point in the world of work. Technology is continuing to disrupt, enabling many new businesses, challenging old, but also changing the nature of jobs and work.

Whilst we have been pushing the skills and qualifications of the workforce for several decades, improving standards and participation rates in secondary and tertiary education, we haven’t been creating the kinds of jobs that will make best use of these skills and provide the breadth and depth of opportunities for progression.

Addressing skills mismatches will become more and more critical as technology impacts on jobs and skills needs more and more in the future. We will have to adapt, upskill and reskill people during their working lives much more frequently to keep up. Learning and development in the workplace must become much more agile and efficient in how we develop new skills, but most of all we have to figure out how to reverse the trends of low or slowing investment in skills development in the adult workforce.

A more profound shift in mindset and policy from both education and the world of work will be needed. Employers have to be pushed a lot further on apprenticeships and in work learning programmes, designing and recruiting for jobs that give more opportunity, and better connection to schools and universities. Education has to adapt, there should be more accountability for outcomes (i.e. where students end up), better development of employability and core life skills, together with much better careers advice and guidance.

We will also need to create much more of a culture of lifelong learning, particularly in the context of a world of work where people are likely to have many different jobs and careers during a longer working life in the future, and where jobs and skills needs will change much more rapidly. Education will need to better equip people for a world where not all the jobs can be predicted, but we can say for sure that most of us will need core skills such as critical thinking, curiosity and learning, empathy and ability to work with others, alongside essential literacy, numeracy and digital skills.

There have been a rash of recent surveys pointing to how many jobs might be done by artificial intelligence or robots, some suggesting as much as 50 per cent of jobs we do today in the next 20 years (e.g. Frey and Osborne, 2013).

The World Economic Forum recently forecast a net loss of over 5 million jobs in 15 major developed and emerging economies by 2020. The British Retail Consortium recently predicted that one in three jobs in the sector (which employs one in six people in the workforce today) would go with a stronger focus on automation and productivity, in part to cover the increased costs of labour with a rising minimum wage and other labour costs. And if not directly replacing existing jobs, then most jobs and the skills needed will be impacted on. According to some views, this is already happening with the top ten in demand jobs in 2014 not having existed in 2004, or that two out of three of the jobs that school children today will end up doing have not yet been invented. Hard to ascertain, but certainly thought provoking.

Added together across almost every sector, the implications in the future of automation taking many jobs is a possible scenario that we have to consider. However, many commentators have criticized the analysis or implied projections from these sorts of predictions. They point to the past where technology has almost always resulted in old jobs going but new ones taking their place, and that today we have high levels of employment that in most countries have recovered from the pre-recession levels, so where is the current evidence of jobs disappearing?

But as we know the past is not always a good predictor of the future. Artificial intelligence, machine learning, robotics, the internet of things and 3D printing are all advancing at a huge pace, and the technologists and the innovators see little that can’t ultimately be accomplished by technology in the future. These new technology ‘s’ curves are more farreaching in impacting on not just lower-skill jobs or administrative tasks, but high-skill jobs and into the professions, and are truly ubiquitous in their nature and application. And they are accelerating.

If we do end up in the future with a lot fewer jobs, then this creates huge challenges for policymakers, welfare systems and economies that have for decades been built on models of high employment and growth opportunity. Whilst no one can say with certainty what the future of jobs will be, we have to at least consider these possibilities and work more together on the possible implications as part of strategic thinking within organizations, but also across economies.

Most importantly though, we must work together with technology to ensure we are creating jobs, roles and opportunities that get the best out of people. Klaus Schwab, the founder of the World Economic Forum, has coined the term ‘the fourth industrial revolution’, and talks about the real emergence of cyber physical systems – people working more and more with technology, where we must aim to get the best out of both.

Technology, amongst other drivers, is also enabling and impacting on different ways of working and different organizational forms. The majority of new jobs being created are in small or micro enterprises with less than ten employees, with 58 per cent of all jobs growth across the EU between 2002 and 2010.1

There has been significant growth in flexi-working and irregular hours working, partly driven by individual choice but also by the growing demands of our 24/7 consumer driven economies. There has also been significant growth in freelance employment and the selfemployed. Data and measurement are inconsistent, but most estimates put the proportion at between 15 and 30 per cent of the workforce today, and predict these forms of working are on the rise and could account for 40 per cent or more of the workforce in the future.

This has led to the emergence of the so-called gig economy, supported through the growing number of on-demand job sites and creating the growth of new business models exemplified by the likes of Uber. There has been much excitement about this as a future trend, but on the downside there is the real risk of the commoditization of people and work in such a system, and much less security of work. Mixed-mode employment models also make it harder for organizations to sustain consistent cultures, for managers to connect and engage with their teams, and can be seen as higher risk.

However, flexi-working has many positives, particularly in helping people work around other life commitments, such as caring responsibilities. Almost half the growth in women in the workforce since 2008 are as contractors or self-employed (ONS data), and according to the Bank of England, half the increase in self-employed between 2004 and 2014 was linked to the ageing workforce.

Ultimately, this should be about creating greater choice in where and how we work – the individualization of work, balanced with the needs of organizations and productive output. But there is much need for adaptation of our processes, practices, laws, organizational systems, welfare and support systems, and what we measure and account for to meet these trends.

Finally, we will also need to address the growing disparities in income and opportunity, and the sense of fairness that has been a key ingredient in undermining trust in the establishment and large corporations in particular.

People with valuable skills in short supply, or the owners of capital and leaders of businesses will likely continue to do well, but as technology works its inevitable way across many workplaces perhaps proportionately displacing more in the lower-skill jobs, we have to find ways to more fairly distribute wealth. Whether Bill Gates’s idea of taxing robots is part of the solution, or the increasingly touted views of universal basic income, we need to actively consider these future scenarios sooner rather than later.

The trends driving the future of work over the next ten or so years are already here now. They are characterized by increasing diversity in where and how we work, in the nature of our workforces and organizations, and the jobs we will do.

We must also work more to common principles: to the principle of valuing and supporting diversity of all kinds; to valuing the individual; to engaging and supporting our people more; to increasing well-being; to making work meaningful; to ensuring technology enables the best in humans; to greater fairness and transparency; to building trust and acting ethically; to thinking and working more holistically; and to taking more responsibility for all our stakeholders. These are what should guide our future of work and be enshrined in our corporate governance.

There are also scenarios that could unfold and create a more radically different future. If long-term economic growth really slows and automation takes out many low- and mid-skill level jobs of today, how do we then balance our economies and ensure fairness and financial well-being or prosperity for all? This would require profound debate and change across our education and welfare systems, legislation and taxation, business policy and industrial strategy. We would have to actively design for this possible future, reduce norms of working hours, shift our reward mechanisms, and work out how to share wealth more widely.

Perhaps this is our longer-term future. That we are finally able to really reduce the burden of work for all and to provide for more balanced and fulfilled lives. It was Aristotle who first posited the idea that happiness should be a central purpose and goal of humanity, and that idea has echoed down the centuries. The future of work really should drive to these outcomes as well.

Peter Cheese is CEO of the Chartered Institute of Personnel and Development. This interview is an extract from ‘21st century workforces and workplaces: the challenges and opportunities for future work practices and labour markets’ by Cary Cooper, Dr Zofia Bajorek, Ian Brinkley and Stephan Bevan