Will AI replace the human recruiter?

So far, people analytics has only supported recruiters in assessing and pre-selecting applicants. We may soon be a step ahead. Will algorithms completely replace the human resources managers in hiring decisions in the near future? According to a recent Washington Post article, a new artificial intelligence hiring system, called HireVue, is gaining ground with many employers in the US in particular. Candidates conduct their interview through the camera of their computer or mobile phone. The AI system analyses their facial movements, eye contact, word choice and speaking voice before ranking them against other candidates. According to the Washington Post, more than 100 companies now use the system and more than a million job seekers have been analyzed. On the other hand, universities offer courses for students to prepare for the HireVue interview.

As in Europe, the use of algorithms and AI for hiring decisions in the US also raises eyebrows. While some say that people analytics tools are not sufficiently rooted in scientific fact and open the door to discrimination, others argue that computers are still more objective than human recruiters who suffer from conscious and biased prejudice. In particular in Europe it is often criticized that people analytics interferes with employees’ privacy rights. Others criticize that the unsuccessful candidate will not be informed of what he or she has done wrong in the opinion of the algorithm – but is that really a difference from an interview with a human recruiter?

According to the Washington Post, HR managers in the US think that in the future at least some employers may rely exclusively on machines and algorithms for recruitment decisions in the future. Would that also be the case in Europe? Normally not. According to Article 22 (1) of the GDPR, candidates have the right not to be subject to a decision based solely on automated processing if this decision produces legal effects for him or her or that similarly significantly affects him or her. While Article 22 (2) GDPR provides for some limited exceptions, in most cases this will mean that the final decision will have to be taken by a human recruiter. The following rules apply to this final decision:

Furthermore, this “human intervention” must be well documented. Otherwise, an employer who uses AI to prepare a hiring decision will not be able to prove that he has acted in accordance with GDPR, and that the final decision has been made by a human being. 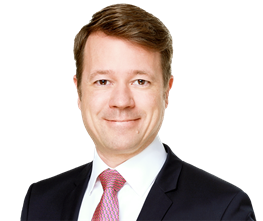